The best Electric Wheelchair adds to the mobility and freedom of people with disabilities. Recently, in the Los Angeles airport, a wheelchair provided Star Wars actor Mark Hamill with mobility, when what he was really looking for was anonymity. 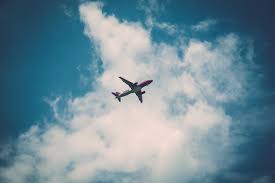 Hamill, who reprises his role in the much-anticipated movie Star Wars: The Last Jedi, coming out Dec. 15, was slouched in a wheelchair with a wide-brimmed hat pulled down over his face when fans spotted him and voiced their concerns on social media. They were concerned about the star’s health. People magazine reported.

But it turns out he was just trying to get through the airport without being bombarded by autograph seekers — specifically, the autograph dealers “who constantly badger” him and his family, he said.

Hamill was carrying his dog on his lap while riding in the wheelchair, and later said on Twitter he was celebrating the dog’s birthday.

He appeared on The Ellen Degeneres Show Tuesday and also talked with fans on the new Disneyland ride Star Tours last week.

Using a motorized wheelchair makes travel a possibility for many people with disabilities. The best-motorized wheelchair for many travel situations is one that can collapse for storage in a car trunk, back seat or airplane storage closet, such as the IntelliChair, a foldable wheelchair with a powerful electric motor.  It is lightweight, portable and easy to carry, and available in both a base model and a larger version.

The wheelchair is equipped with top-quality rubber wheels that can’t go flat. Its nimble steering mechanism makes it easy to control, and its sturdy, stainless steel frame can stand up to the rigors of daily use. The overnight charging means the wheelchair is ready to go for the entire day.

The IntelliChair is available in several colors, and available Accessories include a travel bag and attachable cup holder.