The best motorized wheelchair allows people with disabilities to access environments such as college campuses where they can pursue their dreams of getting a college education, and maybe playing adaptive sports at a competitive level. 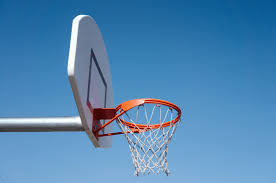 University of Connecticut administrators have decided not to form a wheelchair basketball program for 2018 despite having said earlier that they planned to, the Hartford Courant reported.

The Ryan Martin Foundation helps people with disabilities become more independent through sports, especially wheelchair basketball. The foundation runs camps and junior programs for wheelchair athletes. Martin also has served as a consultant for the NCAA for inclusive sports.

UConn’s director of the center for students with disabilities Donna Korbel said last spring that there was a lot of enthusiasm about forming a team and that her staff had been working to identify students who would play.

Martin said eight to 10 disabled students on campus were interested in joining the team and about 30 able-bodied students wanted to help. The foundation pledged to donate $45,000 worth of specialized wheelchairs and equipment and to set up a scholarship endowment for individuals with disabilities who wished to play adaptive sports at UConn.

UConn told Martin the university would not move forward with a wheelchair basketball team but said students could pursue the sport as a Husky Adaptive Sport Club.

Thirteen college teams across the nation play an intercollegiate schedule under the umbrella of the National Wheelchair Basketball Association. Other college programs in a variety of adaptive sports play local or regional schedules.

UConn’s Recreation Department said it will instead offer a minimum of one adaptive sports event each semester, including wheelchair basketball, seated volleyball, swimming, adaptive rock climbing or goalball.