A teenager permanently paralyzed from the chest down during war time in Afghanistan has created comic book characters for young people who ride wheelchairs as well as creating several inventions to make life easier for people in wheelchairs.

His story of perseverance even got him was invited to the White House by President Barack Obama in the spring of 2015, Wheel Life reported. 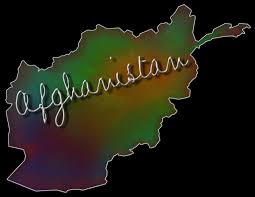 Mohammad Sayed suffered a traumatic spinal cord injury at age 5 and was abandoned at the hospital in Afghanistan by his father. His mother had died.

For seven years, he lived at a hospital run by an Italian organization and attended a local school. He used a power wheelchair to travel back and forth to the school. But when he was 12, the school closed.

Through a connection with an American doctor who had cared for him, he met his future adoptive mother, Maria Pia Sanchez, an American nurse practitioner working in Afghanistan. She secured a humanitarian parole visa for Mohammad and brought him to the United States.

Mohammad is working on three comic books – “Wheelchair-Man,” “Wheelchair-Woman” and “Wheelchair-Kid,” because he believes young people who ride wheelchairs also need super heroes like the Agents of S.H.I.E.L.D., Captain America, Spiderman and Superman.

He hopes “Wheelchair-Man,” which he’s writing with Stephen Landrigan, will help people in wheelchairs gain visibility and confidence and that people will see them for their abilities, not their disabilities.

Wheelchair Man is also the name of the company Mohammad founded to develop products that make life easier for people in wheelchairs. He has designed several products for wheelchair users, including a tray and tray holder, so that my tray holder that would collapse and fit into the backpack on the back of his wheelchair.

He developed a wheelchair friendly camera tripod holder and a canopy to be used like an umbrella in rain or snow. He has also developed a working prototype and is a foldable portable ramp that will allow people in wheelchairs to carry a ramp with them

All Wheelchair Man products are designed to be lightweight, portable, easily stored and operated conveniently and independently by individuals who use wheelchairs, he said.