The best electric wheelchair can transport you to places you never thought you could go, and a special wheelchair made Xavier Espino of Manteca, California feel out of this world when he attended pop culture festival StocktonCon dressed as one of his favorite Star Wars characters. 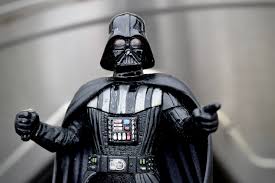 Hunt and a team of friends built the special costume in his area garage on behalf of Magic Wheelchair, a Portland, Oregon-based nonprofit that creates costumes for wheelchair-bound children.

Xavier chose to have his chair outfitted to make him look like Darth Vader. His other choice was to dress like Power Ranger to attend the festival.

Hunt decided to make the wheelchair look like the TIE fighter that Vader flies. It had to have detachable wings so it could get through doorways. Hunt said creating the TIE Fighter “was way harder than I expected.”

The costume has more than 1,500 individual pieces, and 15 of Hunt’s friends who are computer engineers, machinists, structural engineers and artists helped him put it together. Materials included PVC pipe, plastic, foam, a Hula Hoop, wood and other materials.

Hunt also sets up a Halloween haunted house in his garage every year, drawing 500 visitors.

“They had this kid in this huge dinosaur costume,” Hunt told Recordnet. “I think of myself as pretty accepting of people with different abilities and challenges. The shock was that there’s a wheelchair there. I realized how transformative a charity this is for kids in wheelchairs. You don’t look at it as a kid in a wheelchair, but as a kid in an epic costume.”

Last year, Hunt created a Super Girl vehicle for a Southern California girl and presented it to her at Comic Con.

Weimer started the Magic Wheelchair organization after building a Halloween costume for his own child, who has muscular dystrophy.