Having the best motorized wheelchair allows you to participate in activities you may not be able to do otherwise.

One wheelchair user who is not letting her age or disability hold her back is 94 year old Doris Merill, who even at more than nine decades old still enjoys participating in the National Veterans Wheelchair Games, People reported. 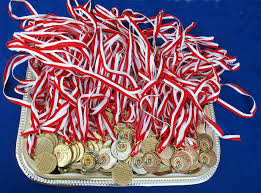 Doris has been competing in the games for more than two decades. She joined the Navy during World War II when she was 20 years old.

Merrill was the oldest person competing in the 38th annual games in Orlando, Florida. More than 600 disabled athletes competed in 20 events over six days.

Merrill participated in bowling, motorized slalom, motorized rally and boccia. Slalom and rally involve maneuvering a wheelchair through a series of orange cones.

Merrill has cervical myelopathy in her neck from an injury in she got in boot camp and also suffers from multiple sclerosis, making her largely dependent on her wheelchair.

“You can’t believe what the wheelchair games mean to me and to everyone. I’m not alone,” she told People. “I can do these things and everyone you talk to, they don’t think they can do it. But I always say, if it moves, move it. Just move it. Maybe it’s just your big toe, but move it.”

People reported that there 4 million veterans who have a disability connected to their time in the service, and adaptive sports are often used as part of their healing process..”

Merrill has earned more than 70 medals while competing in the Veterans Games over the last 20 years, and she said she enjoys giving some of them away to people in her nursing home who aren’t able to participate.

Her advice for others who are able to participate?