Having the best motorized wheelchair makes travel easier for people with disabilities, and the easily foldable Intellichair is the ideal travel companion. 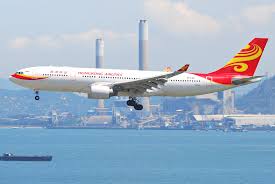 But an airline in Hong Kong made travel difficult for one Asian wheelchair user, Fox News reported, because she was traveling alone.

Disabled passenger Shen Chengqing said she was turned away from a three-hour Hong Kong Airlines flight from Hong Kong International Airport to Tianjin, a city in northeastern China, because she was using a wheelchair and was traveling alone.

“I felt very anxious and angry at the time. I don’t understand why this could happen in Hong Kong,” Chengqing said.

Although she flies about once a month and has not had a problem in the past, the 22-year-old was told by flight staff that she could not board the plane because she was unable to walk and did not have a travel companion with her.

She said she had told the airline that she used a wheelchair and had not been told that she needed someone to travel with her.

The airline’s website “recommends” passengers with disabilities “travel with a personal care attendant” as flight staff does not assist with personal care like using the restroom, eating or taking medication, Fox reported.

Chengqing said she does not require personal assistance and has made flights unaccompanied on Air China.

“They rejected me for this reason verbally,” she said. “But their written rejection says ‘disability: unable to walk long distances,’ which is ridiculous.

An airline spokesperson told the reportedly told the South China Morning Post that flight staff who evaluated Chengqing determined she was unfit to fly without a companion.

Chengqing said she had to spend more than 2,000 yuan ($296) on another one-way ticket the next day and was forced to bring a travel companion with her on that flight to comply with the airline’s requirements.