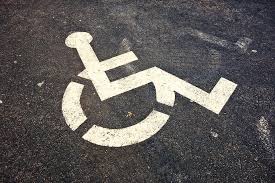 A coalition of disability rights groups and individuals have sued the Lyft ride-sharing service for allegedly discriminating against people in wheelchairs, CNet reported.

The lawsuit filed in Alameda, California’s County Superior Court is not seeking monetary damages, just equal access for people with disabilities. Groups have filed a similar lawsuit against ride-hailing company Uber as well.

The lawsuit says Lyft fails to make wheelchair-accessible vehicles available to people with disabilities in the San Francisco Bay Area, and that constitutes discrimination.

Rebecca Williford, senior staff attorney for the nonprofit Disability Rights Advocates, one of the groups filing the suit, said it’s crucial to transform the entire ride-sharing industry in order to best affect widespread.

A class-action lawsuit accusing Uber of discriminating against New York City riders with disabilities was filed in April in State Supreme Court in Manhattan by Disability Rights Advocates, according to The New York Times.

Similar suits have been filed in New York, Texas and Illinois, most of which are still working their way through the court system.

“Since Lyft was founded in 2012, we have sought to increase access to transportation around the country for underserved populations, including those living with disabilities,” Lyft said in a statement.