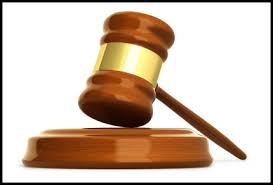 A former Olympic competitor and wheelchair racing athlete has been awarded $4 million by a San Diego, California jury for injuries he sustained while competing in the 2014 Rock ‘n’ Roll Marathon, the San Diego Union Tribune reported.

Craig Blanchette, a well-known wheelchair athlete and eight-time wheelchair marathon world champion, said he was injured when race organizers Competitor Group Inc. altered the course without notifying him. He sued the organizers for gross negligence.

He said that unbeknownst to him, race organizers changed a portion of the course the morning of the race, reducing the number of lanes available to racers from four to three. He slammed into a car going 20 miles per hour when he turned into a lane that he had expected would be available.

He said he swung his wheelchair wide around the corner because he expected to have the entire width of the road available to him.

After a nearly two-week trial, jurors found that Competitor Group was grossly negligent for Blanchette’s injuries and awarded him the $4 million, which included $3.625 million for past and future noneconomic losses including pain and suffering and $375,000 in economic damage. Competitor Group had offered to settle the case before trial for $30,000, the Union Tribune reported.

Blanchette, who was born without legs, suffered injuries that left him unable to resume his elite racing career, his lawyers said. The accident broke his collarbone and several ribs and tore his rotator cuff.

He is now working as a health coach.

A representative for Competitor Group declined to comment on the case, telling the Union Tribune in an email the company does not comment on ongoing litigation.