As someone who is considered ‘alt-right’, I don’t think too highly of California. After reading this story, I am forced to change my mind, and so will you. Californians are known for a lot of things, but this young girl from Eureka, California is absolutely amazing and is gonna make for one hell of a wife one day.

27-year-old Dave Menza was left critically injured after a car crash near Ferndale, California about a month ago. When 9-year-old Amaya Diamond, also of Ferndale heard the news, she had no question about what to do next. 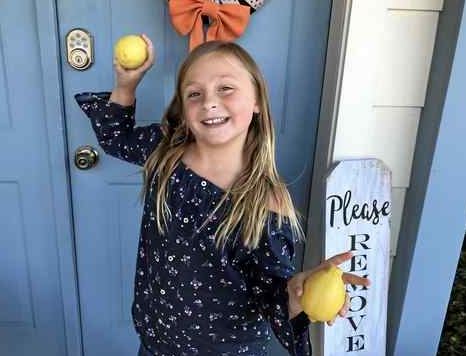 Amaya’s mother, Sadie Nilsen, recalled how Amaya went into her bedroom after hearing about the accident, grabbed her tooth fairy money and stated that she would start washing cars in order to raise money to buy Menza a specialized Electric Wheelchair.

Amaya then came up with the idea of setting up a lemonade stand in front of her grandparents Tony & Tommy Pichulo’s bakery, Humboldt Sweets, in Ferndale this Sunday.

“I thought lemonade is a pretty popular thing,” Amaya said.

Word started getting around town about Amaya’s upcoming fundraiser. The Pichulos decided to join in the effort. They plan to donate all proceeds from Sunday’s mimosa sales to Menza’s wheelchair fund. No other members of the community are planning to pitch in as well.

“People are wanting to donate items to sell. It’s turned into this amazingly huge thing that we couldn’t have dreamed it could go this way,” Nilsen said on her way back from Cash and Carry with a load of lemons and sugar.

Nilsen said she began to cry when telling her daughter how much positive love she and the community are bringing to Menza. 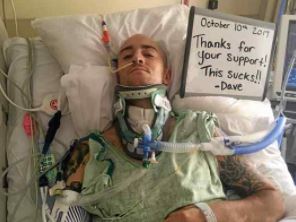 “She doesn’t understand why people are so excited and why this is such a big deal. Amaya’s answer is, ‘Why wouldn’t I try to buy him a wheelchair?’” Nilsen added. “She thinks all 9-year-olds are like this.”

There is a connection. Menza is an expectant father of Amaya’s cousin, Ari, due to be born in December. Menza had spent half the year working the counter at Humboldt Sweets and the other half of the year touring as a bassist for the popular British punk rock band, The Adicts, according to Nilsen.

Amaya said Menza is very nice and funny, and that he has his own nickname for her: “Little Moo Boss.”

On Sept. 17, 2017, Menza was airlifted to the UC Davis Medical Center in Sacramento after suffering the severe injuries in the car crash that took place in Ferndale.

He remains in critical condition. He is unable to speak and his injuries will now require him to use an electric wheelchair, Nilsen said. The wheelchair is expected to cost close to $9,000.

When Amaya learned that Menza had been hurt so badly, she was sad but determined to do something for him. Amaya is hoping to raise as much as she at her stand serving both regular and pink lemonade at her appropriately named “Lemonade for Dave” stand.

Nilsen said that when Menza’s sister showed him one of Amaya’s flyers promoting the lemonade stand, Menza began to cry and mouthed “Little Moo Boss”. (How truly touching)

“He’s trying to stay positive. He has a huge recovery,” Nilsen said. “He’s working very hard. He’s still not in great shape by any means. He is very aware and he’s fighting.”

What an incredible girl and incredible story. It amazes me that some young people, and not many at all, have this sense of adulthood and emotional development that is well beyond their years. She is truly special and in my opinion, will be special to someone when she is an adult.