Accessible Icon Is An Active Alternative To Wheelchair Symbol

The best motorized wheelchair allows people with mobility challenges to go places they could never go before. And the wheelchair symbol lets them know if a location is accessible for them. 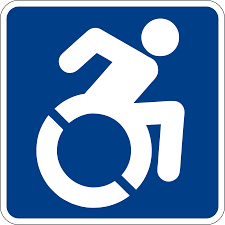 The wheelchair icon of a person sitting in a wheelchair in white on a blue background has come to be well-known and recognized around the world. It was created by Danish design student Susanne Koefoed in 1968, but in her original design, the person on the wheelchair did not have a head, according to Atlas Obscura.

But in the past few years, a newer symbol has appeared on the scene. It is known as the “accessible icon,” and looks slightly different from the design that has become so visible and recognizable.

The accessible icon started out as a street art project in Boston eight years ago. But since then, many groups have embraced the symbol and featured it on not only signage around the world but also as an emoji.

Researchers notice around 2009 that in some places, designers had modified the figure in the wheelchair in the classic symbol so it was more rounded, or that the person was leaning forward or had their hands on the wheels of their wheelchair.

Two people interested in the changes, design and disability studies researcher Sara Hendren and Brian Glenney, a graffiti artist and philosophy professor at Norwich University in Vermont, designed an orange, transparent overlay of a person in a wheelchair showing the figure seemingly in motion. In 2011, they put the overlays on existing accessibility icons around Boston. They say the new symbol “shows movement, a symbolic action that emphasizes differing abilities.”

They realized people liked the change and put it into the public domain for anyone to use if they were eager for change and saw the old symbol as a relic of an unsatisfactory past.